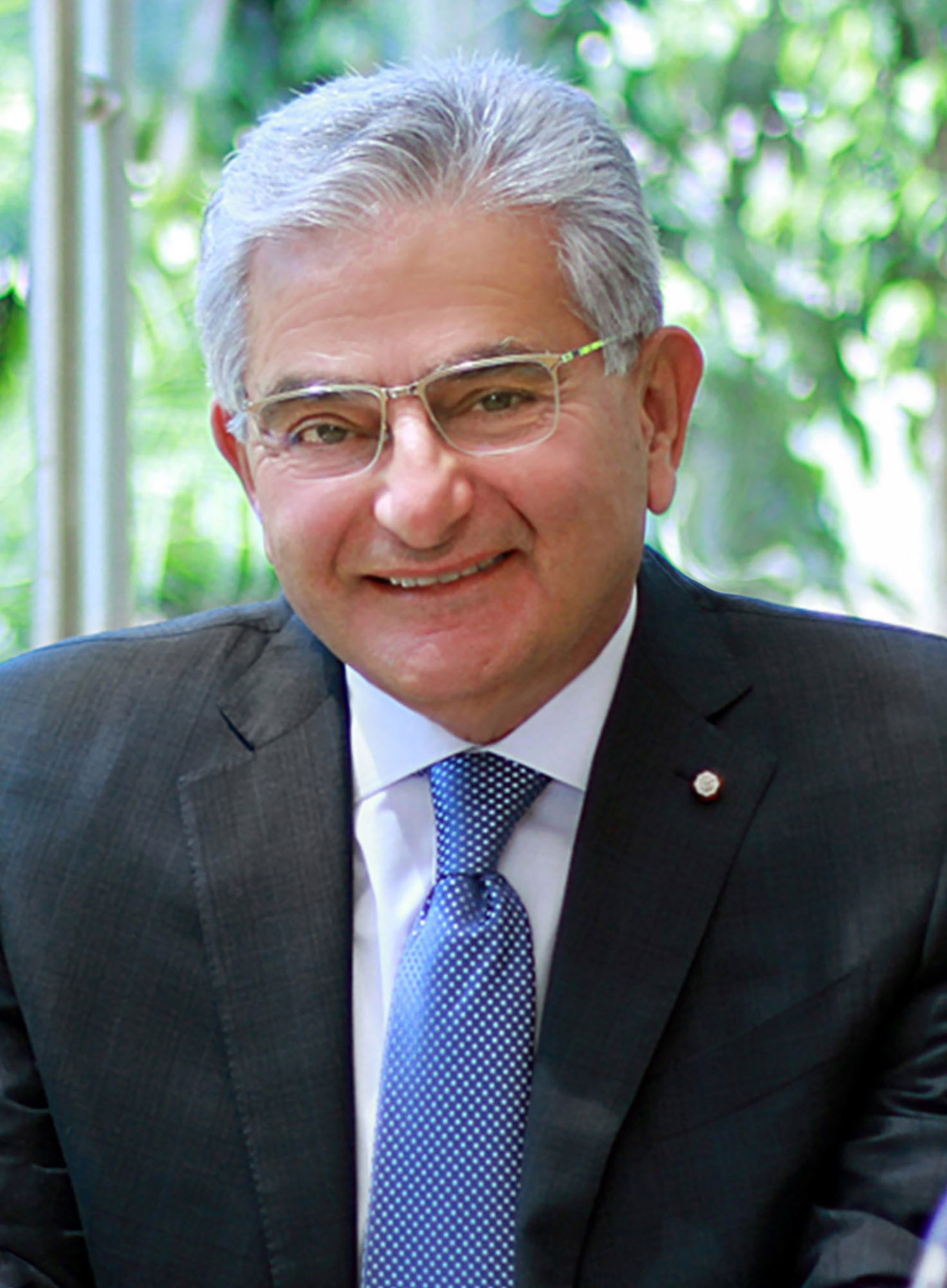 - CEO of Bank of Beirut

About Salim G. Sfeir
Salim G. Sfeir has held the position of Chairman and Chief Executive Officer of Bank of Beirut since 1993; after acquiring a minor banking institution with 5 branches ranked 35th by assets in the Lebanese banking sector along with a group of seasoned investors. Since then, Dr. Sfeir has had an active role in leading Bank of Beirut through both prosperous and challenging times and establishing its current status as a leading and widely recognised bank in Lebanon and the region. In June 2019, Salim Sfeir was unanimously elected as chairman of the influential Association of Banks in Lebanon. Dr. Sfeir launched his banking career in 1971 with Bank of Nova Scotia, Beirut. He later held the position of Deputy General Manager with Banque de la Mediterranée from 1980 to 1983. In 1983, Dr. Sfeir founded Wedge Bank (M.E.) s.a.l., Beirut, and took on the role of General Manager and Board Member until 1989. In 1987, he was appointed General Manager – Chief Executive Officer at Wedge Bank (Switzerland) S.A. and remained in that position until 1991, after which he was appointed Vice Chairman in January 1992. Salim G. Sfeir holds both a Bachelor of Science Degree in Economics from the University of Montreal, in addition to a Masters of Business Administration Degree from the University of Detroit.

Firm Profile
We, at Bank of Beirut are committed to offering an unparalleled Customer Experience as we understand that this is only the beginning since our mission goes Beyond Borders. Banking Beyond Borders is our slogan… it has pushed us beyond many limits; it has made us go farther and further.

In addition to being a universal Bank offering commercial banking, asset management, capital markets services and consumer banking, we were the first Bank to initiate the B-Smart self-service Digital Branches, with innovative solutions. Through our Smart Branch network, we provide services 24h 7/7, in addition to being the first Bank in Lebanon to initiate long opening hours till 10 p.m. 7/7.

We may also boast being second to none or among the best in more than one field. Bank of Beirut was the first Bank in Lebanon to launch Asset Management services targeting high net-worth customers in both domestic and regional markets.

Bank of Beirut is acknowledged in the important list of the “Fast Movers” banks in the world and has become, in Lebanon, the leading provider of business on line and cash management services to commercial corporations. The Bank maintains an excellent transparent profile and is compliant with international banking standards and regulations.

Mission
We are a universal financial institution committed to serving the broadest range of clients by offering them a full array of personalized first-class banking services and products in addition to a full-fledge digital banking experience.

Our commitment to achieving our goal is embedded in providing service excellence and customer satisfaction.

Domestically, we intend to continue to increase our market share by expanding our delivery channel network and providing our customers with a variety of innovative digital and non-digital first-class services and products.