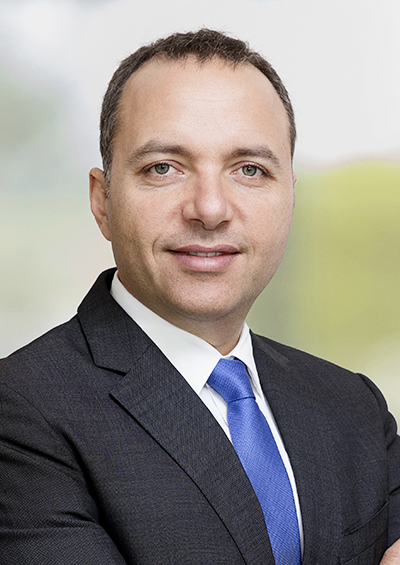 About Abdallah Massaad
Mr Abdallah Massaad is Group Chief Executive Officer of RAK Ceramics, one of the largest ceramics’ brands in the world. He is also a representative on the board and management of several subsidiaries of RAK Ceramics and other international organisations. He is extremely knowledgeable in the fields of ceramics and industrial manufacturing and is instrumental in helping companies engage in the forward and backward integration of the ceramics supply chain. With over 25 years of experience from field sales, to sales management, to product marketing, Mr Massaad has highly developed business leadership skills in national and international markets.

Firm Profile
RAK Ceramics is one of the largest ceramics’ brands in the world. Specialising in ceramic and gres porcelain wall and floor tiles, tableware, sanitaryware and faucets, the Company has the capacity to produce 118 million square metres of tiles, 5 million pieces of sanitaryware, 24 million pieces of porcelain tableware and 1 million pieces of faucets per year at its 21 state-of-the-art plants across the United Arab Emirates, India and Bangladesh.

RAK Ceramics was established in Ras Al Khaimah in 1989 by H.H. Sheikh Saud Bin Saqr Al Qasimi, member of the Supreme Council and Ruler of Ras Al Khaimah, who aspired to have the best machinery with the latest technology to produce the best products possible for sale in the world.

Headquatered in the United Arab Emirates, RAK Ceramics serves clients in more than 150 countries through its network of operational hubs in Europe, Middle East and North Africa, Asia, North and South America and Australia.