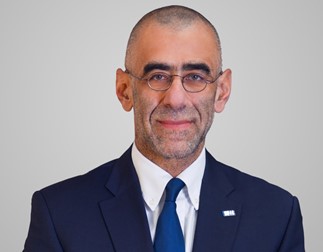 Mr. Abaza has been Chief Executive Officer and a member of the Board of Directors since March 2017. He assumed this position after a six-year run as CEO Institutional Banking. Prior to this, Hussein was the bank’s Chief Operating Officer and from 2001 until 2010, its Chief Risk Officer responsible for managing credit, market, and operational risk across CIB.

Mr. Abaza is also a member of the bank’s award-winning investor relations program, which has helped CIB grow from a market capitalization of EGP 10.8 billion in 2008 to EGP 120 billion as of December 2019.

Previously, he served as Head of Research and then Managing Director at EFG Hermes Asset Management from 1995 until his return to CIB in 2001.